This week marks the 50th anniversary of the Israeli Occupation of the West Bank, East Jerusalem, Gaza, and the Golan Heights, which began with Israeli airstrikes on Egypt on June 5, 1967 to commence the so-called Six-Day War.

Here are some resources to help you learn more about the events of 50 years ago, and what the Occupation has meant for Palestinians living under it for the last half-century.

Israel provoked the Six-Day War in 1967, and it was not fighting for survival (Mondoweiss)

A 50-Year Occupation: Israel’s Six-Day War Started With a Lie (The Intercept)

The Unwanted ‘Bride’: Can the 1967 War Offer Opportunity for Peace? (The Palestine Chronicle)

Who Started the Six-Day War of June 1967? (The Palestine Chronicle)

Why has the Occupation lasted this long? (Mondoweiss)

Check out Visualizing Palestine’s latest graphic, A History of Occupation. 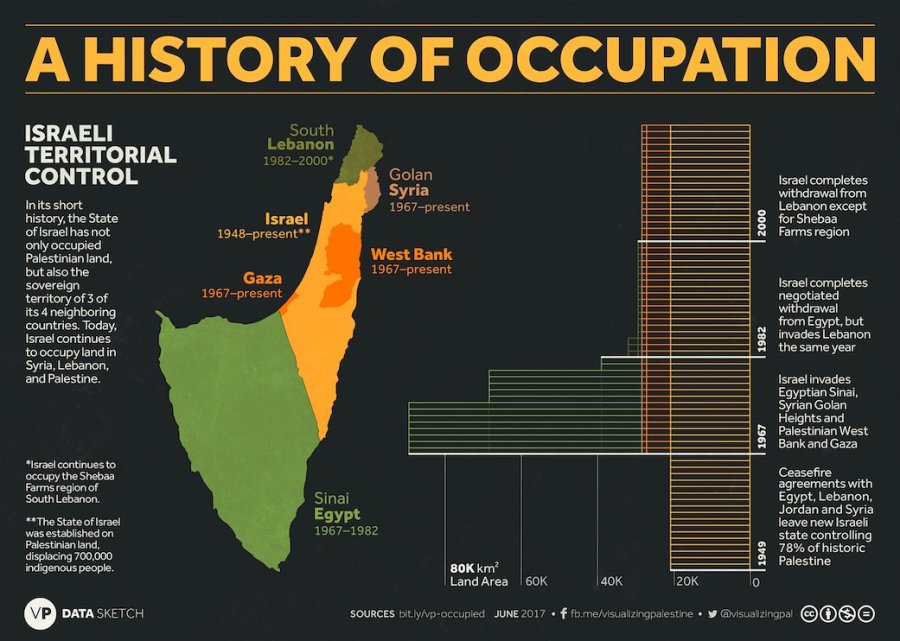 Watch the Al-Jazeera documentary, The War in June.